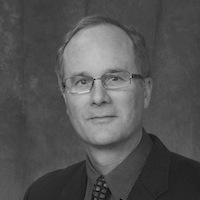 Dr. Nickel was born, educated and completed his undergraduate, surgical, urological and research training in Canada. He has been a member of the Department of Urology at Queen’s University since 1984 and was promoted to full Professor in 1994. Dr. Nickel’s research has been in the fields of inflammatory diseases of the urinary tract and benign diseases of the prostate gland. He has written approximately 425 scientific papers, reviews, chapters and books on these subjects. He maintains a clinical research institute (Center for Applied Urological Research) at Queen’s University, funded continuously by peer reviewed and industry grants. His Prostatitis Clinical Research Center, Interstitial Cystitis Clinical Research Center and his BPH Research Center are funded in part by concurrent grants from the US NIH/NIDDK. His work in chronic pelvic pain (prostatitis and interstitial cystitis) has led to new awareness of these condition, updated definitions and classifications, validated outcome parameters and recently new diagnostic paradigms for this difficult field. He has been involved in multiple clinical trials (single and multi-center) in BPH, prostatitis and interstitial cystitis (many times as one of the principal investigators) that have helped shape the evolution of medical therapy for these diseases. He participates (as organizer, chairman, invited lecturer, or visiting professor) in many local, national and international university and CME events. He has given invited lectures in over thirty-five countries. He is on the scientific or review panel of numerous granting agencies, a regular reviewer for over a dozen urological and medical journals, and on the editorial board of eight national and international urological journals. He has served on the examination committee and as an examiner for the American Board of Urology and is presently a member of the Royal College Examination Board in Canada. He has been a member of the American Association of Genito-urinary Surgeons since 2004. In November 2007 he was awarded the prestigious Canada Institute for Health Research Tier 1 Canada Research Chair in Urologic Pain and Inflammation. In April 2009 he was awarded the Distinguished Contribution Award from the American Urological Association for his research in Chronic Pelvic Pain in Men and Women.